Take yourself to East Cleveland in 1976 and meet Jay -  a charismatic slacker living above Paradise, the Indian restaurant his father left him. But Jay has a trail of debt which includes Earlene Floyd, a parking lot mogul, who wants to bulldoze Paradise and put up a parking lot. Jay enlists his old school gang of misfits with plans to raise cash by hustling across America - one game of Scrabble at a time. But old factions and Earlene’s offensive to crush them threaten Paradise forever. Who will have the last word? 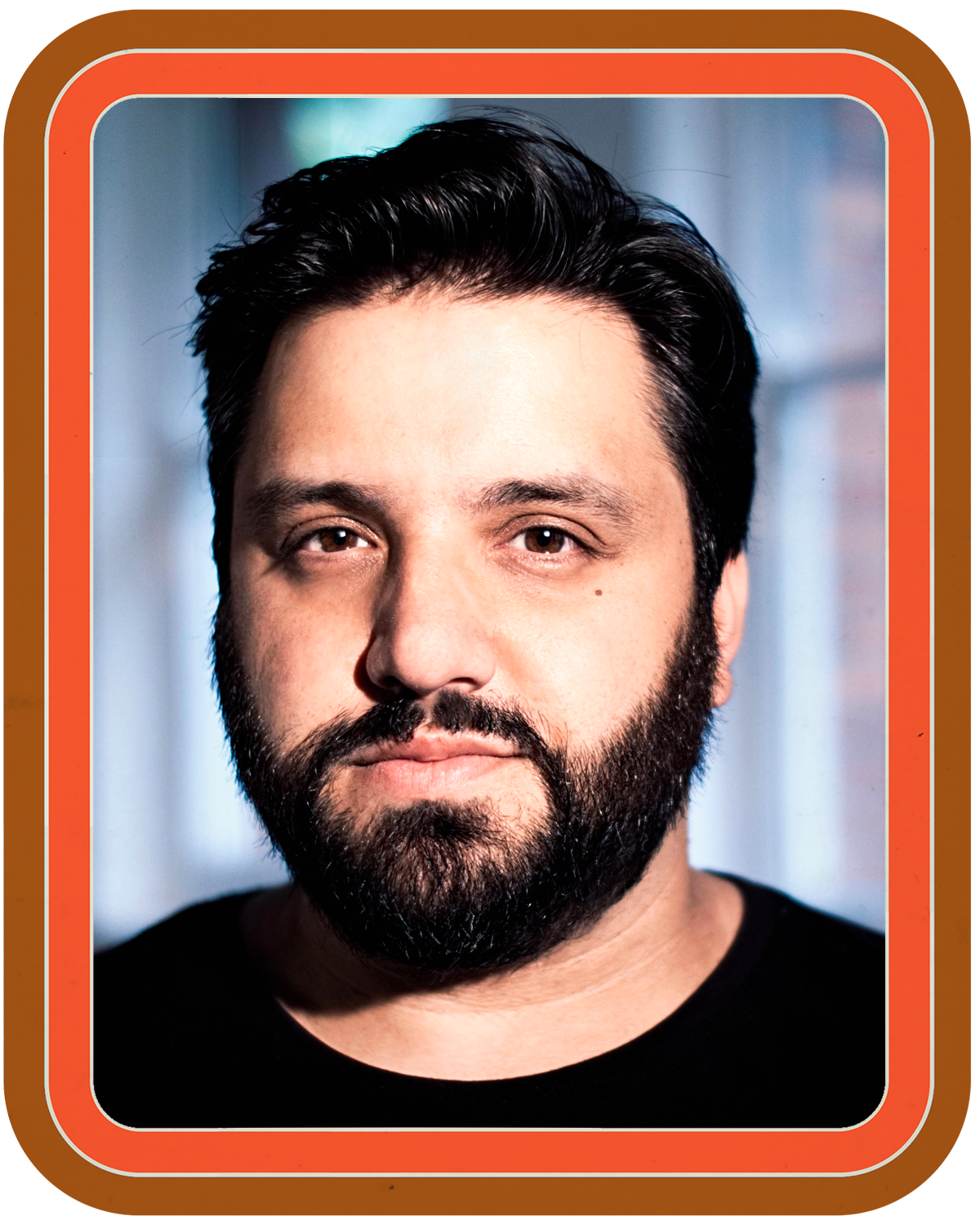 Theatre credits include: Jesus Christ Superstar at the Barbican, Heathers (West End), Aladdin Original London Cast as Babkak and Genie cover, Urinetown at the Apollo Theatre, In the Heights, Rock of Ages, The Rocky Horror Show, Miss Saigon. TV Credits include finalist in UK’s The Voice Series 3, and Films include Cruella and London Road 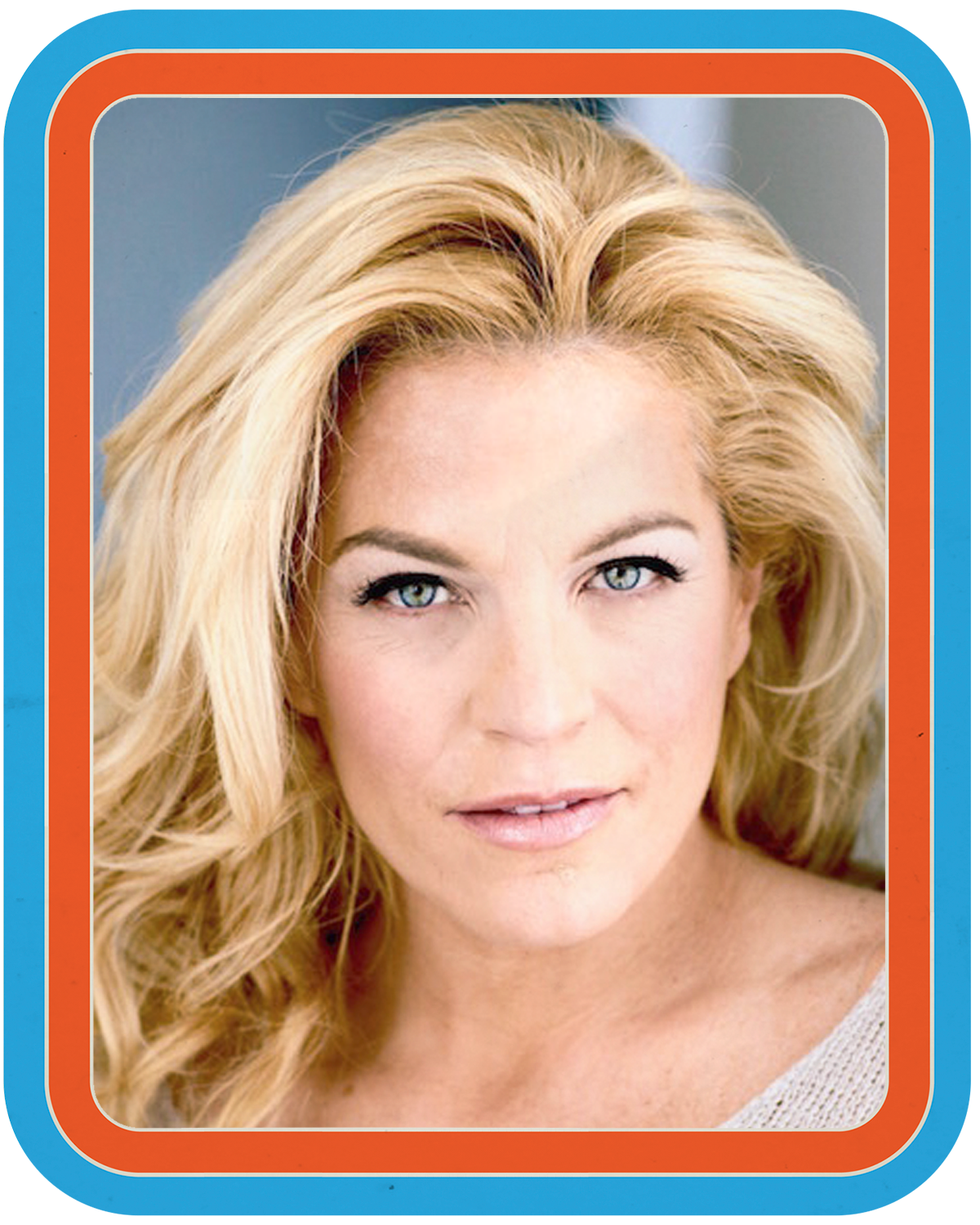 Felicia Finley: Broadway: Smokey Joe's Cafe, The Life, Aida, The Wedding Singer, Mamma Mia! Off Broadway: Bubbly Black Girl Sheds Her Chameleon Skin, Sweet Charity, The Wild Party, Pardon My English, Face the Music, Forbidden Broadway, Disaster!Regional: Damn Yankees, Catch Me If You Can, Red, Hot and Blue, Saved, How to Succeed..., All Shook Up, Evita, Songbird, American In Paris. Felicia is so grateful to be a part of this amazing project that all happened during the Pandemic.  Thank you, Brett Sullivan and Michael Bello for your vision and inspiration! 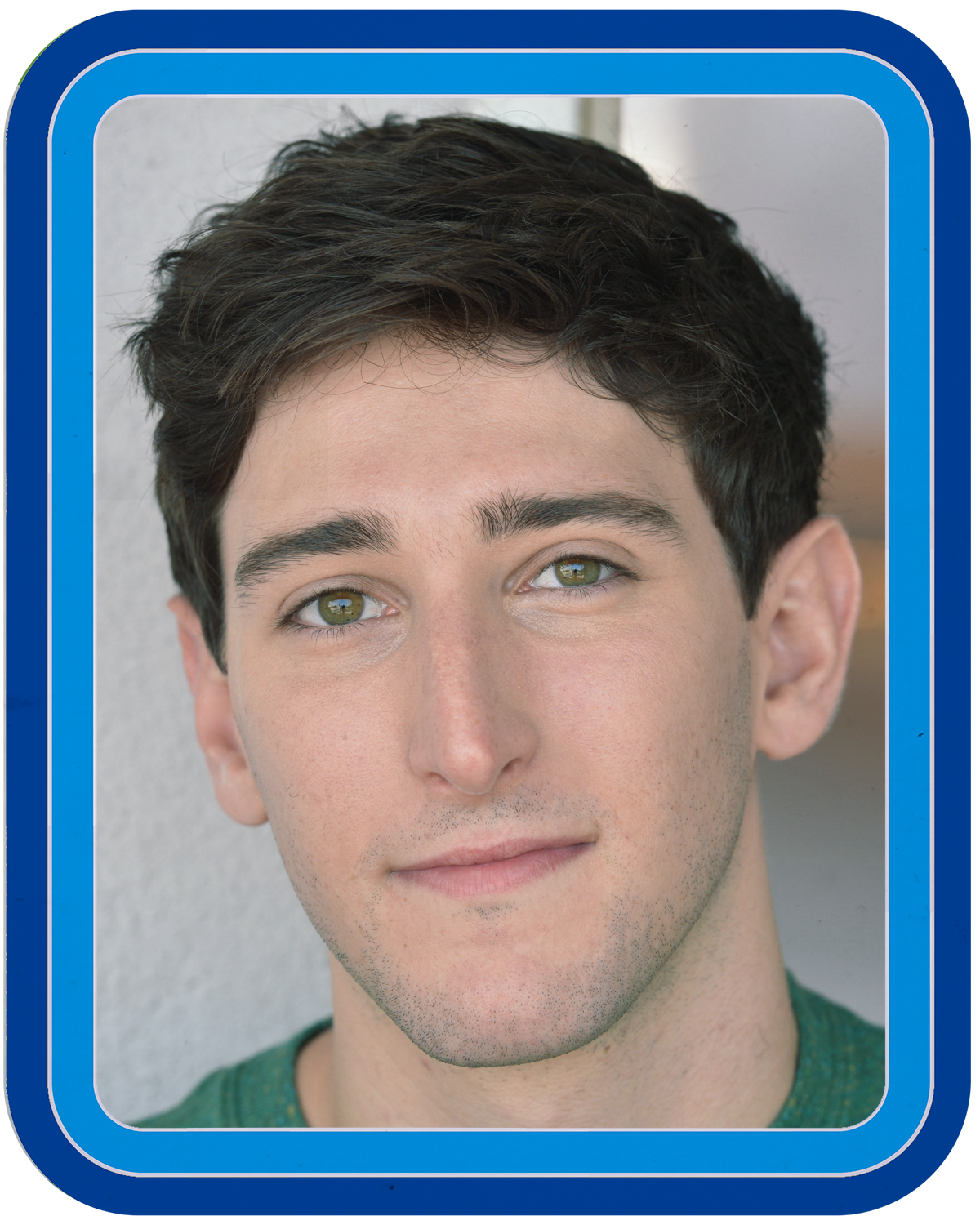 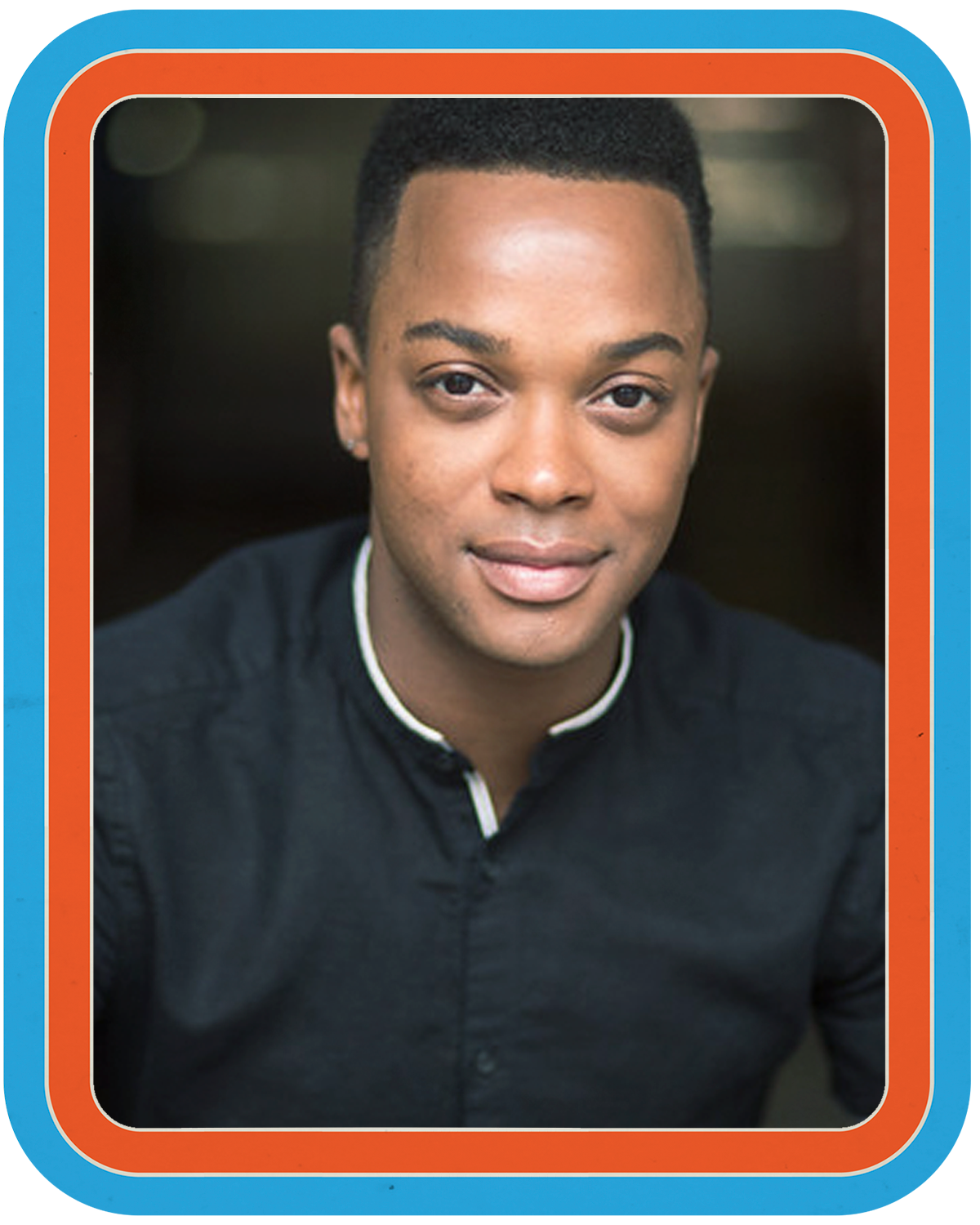 J. Harrison Ghee is a North Carolina native who moved to New York City in 2007 to pursue a career in entertainment, studying at The American Musical and Dramatic Academy. J. has been blessed to entertain the world from Tokyo Disney Sea Resort, cruise ships and Broadway in Kinky Boots and most recently Mrs. Doubtfire. He has graced the television screen on HBO's High Maintenance and Netflix's Raising Dion. Ghee hopes that something he does or says reaches the heart at least one person to inspire them to dream big and go full-out for those dreams. 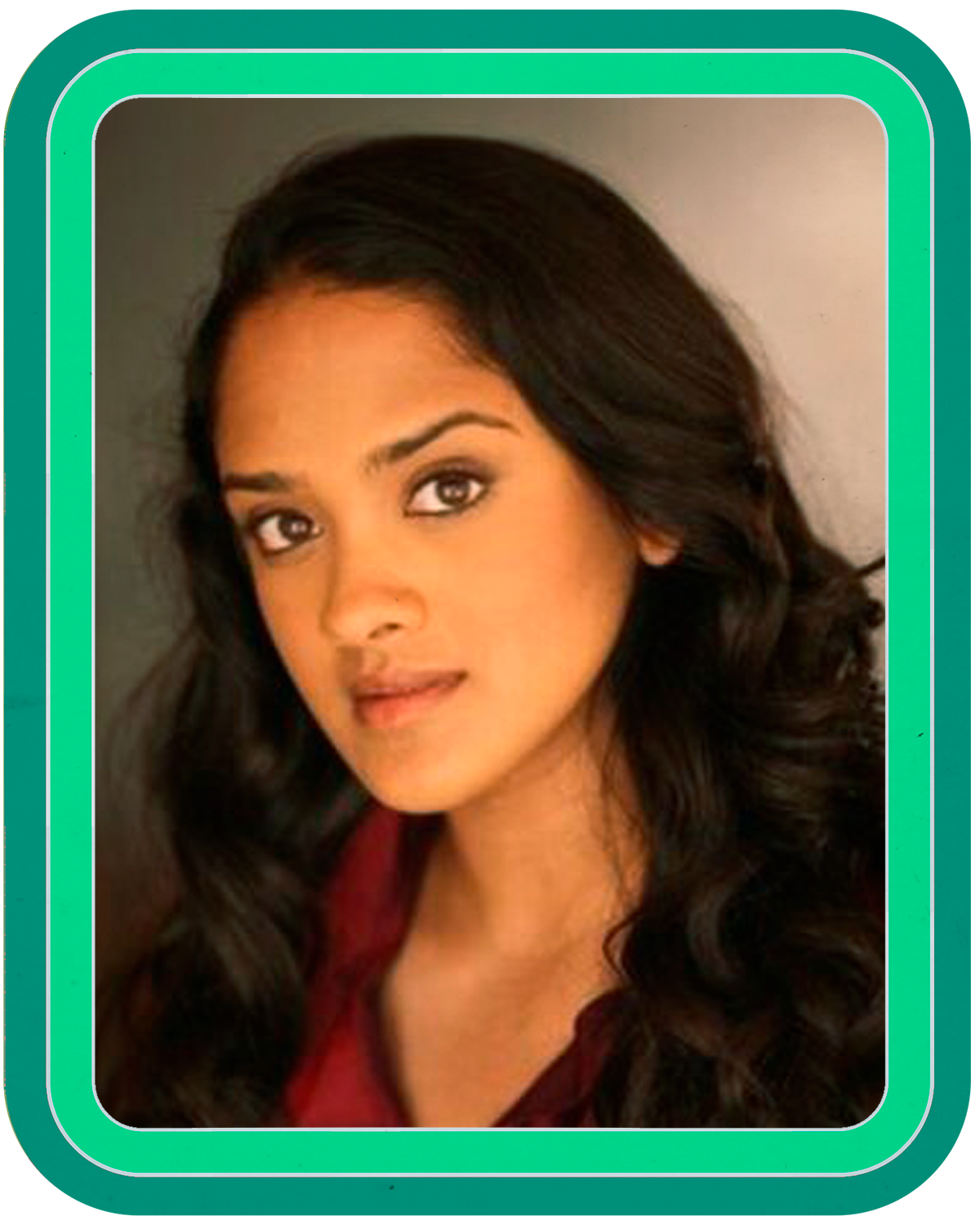 Anisha Nagarajan’s Broadway credits include the role of Priya in the original cast of Andrew Lloyd Webber and AR Rahman's Bombay Dreams at the Broadway Theatre, and she can be seen in Marianne Elliot’s upcoming production of Sondheim’s COMPANY at the Bernard B. Jacob’s Theatre. Special performances include, the Actor’s Fund benefit concert of Hair at the New Amsterdam Theatre, and Secret Garden at Lincoln Center’s David Geffen Hall.  Regional credits include Princesses (5th Avenue Theatre, Seattle), The Wiz (La Jolla Playhouse), and RENT (Hangar Theatre, Ithaca).   She is best known for her role as Madhuri on NBC's television series Outsourced.  Other tv/film credits include Rita (BRAVO/FOX), Ugly Betty (ABC), Grey’s Anatomy (ABC) , Code Black (CBS),  Jane Wants a Boyfriend (SHOWTIME), and she voices the role of Dr. Jha in the animated series gen:LOCK (HBO MAX). Anisha has performed with AR Rahman, U2’s Bono and the Edge, and DEVO.  She has a BFA from NYU’s Tisch School and the Stella Adler Studio of Acting. 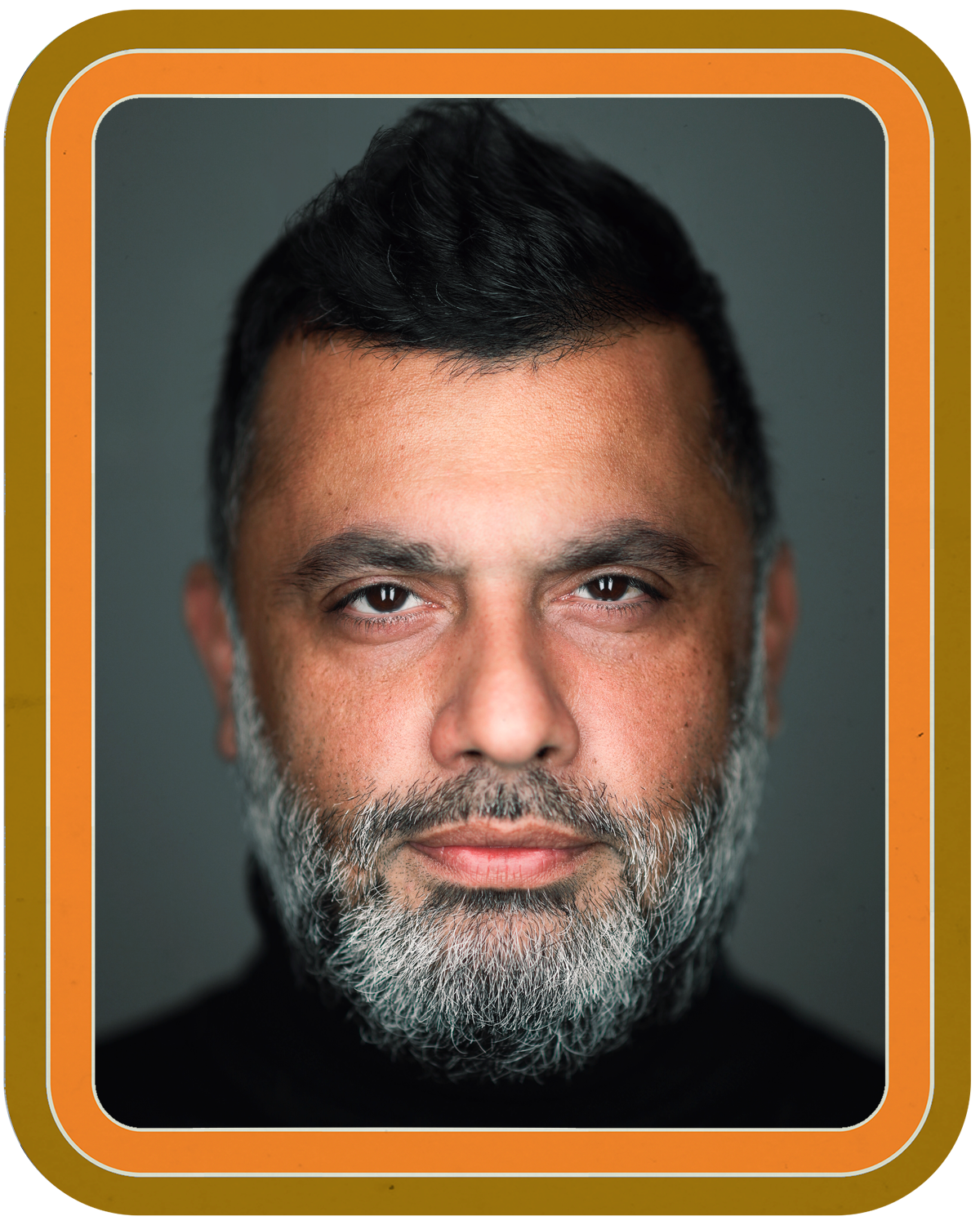 West End: Sultan in Disney’s Aladdin; The Boy in the Dress, Bend it Like Beckham. Screen credits include Bombay Dreams and TV series The Bill. Irvine is also one of the UK pre-eminent voice over artists. 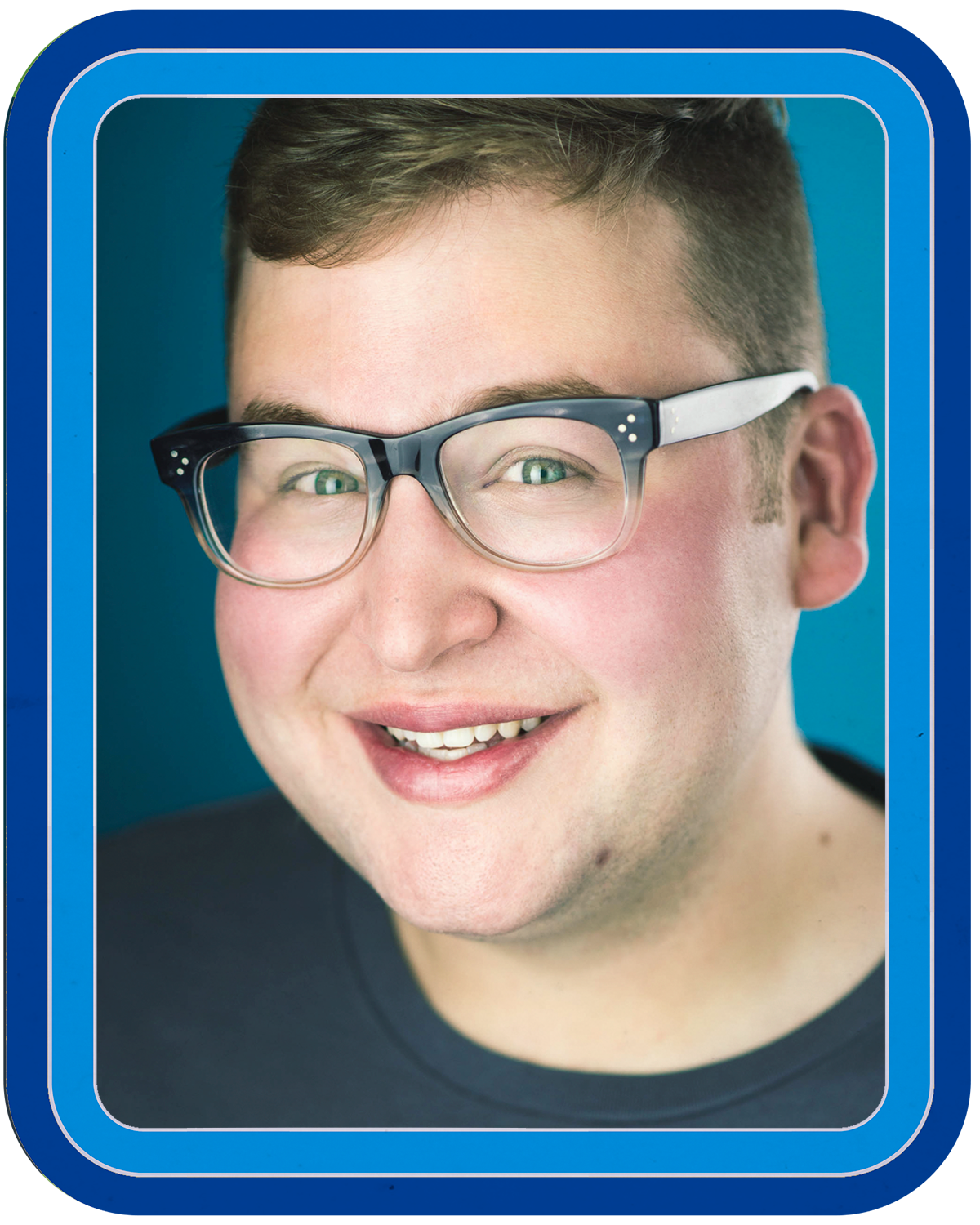 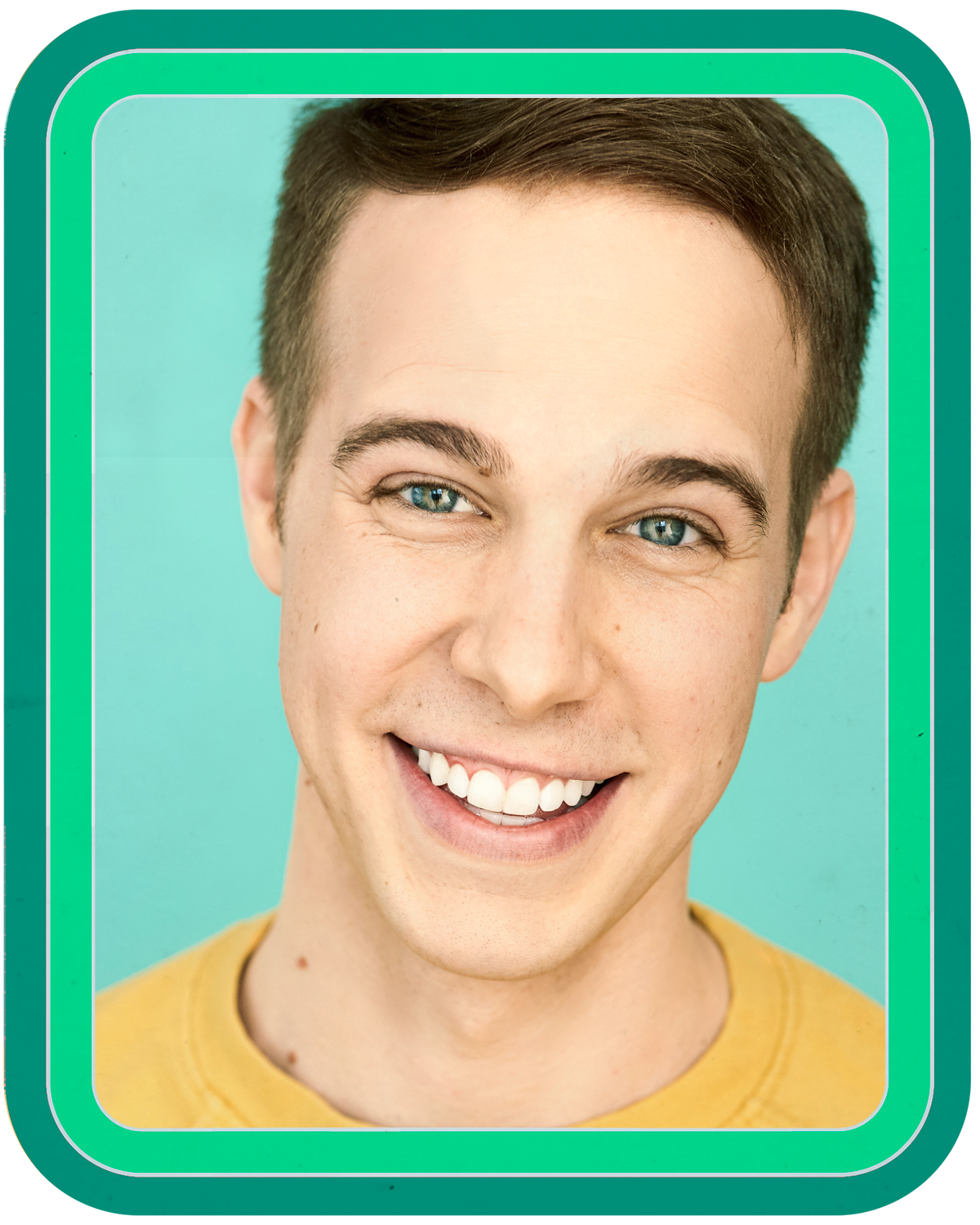 Off-Broadway: I Spy A Spy. National Tour/Canadian Premiere: Murder For Two. Regional credits include: A Funny Thing Happened on the Way to the Forum (Gulfshore Playhouse); Up And Away, A Grand Night For Singing, and ‘S Wonderful (Pittsburgh CLO); The Cocoanuts (Utah Shakespeare Festival); A New Brain (Front Porch Theatricals); Candide (Quantum Theatre). Twitter/Instagram: @JohnWascavage 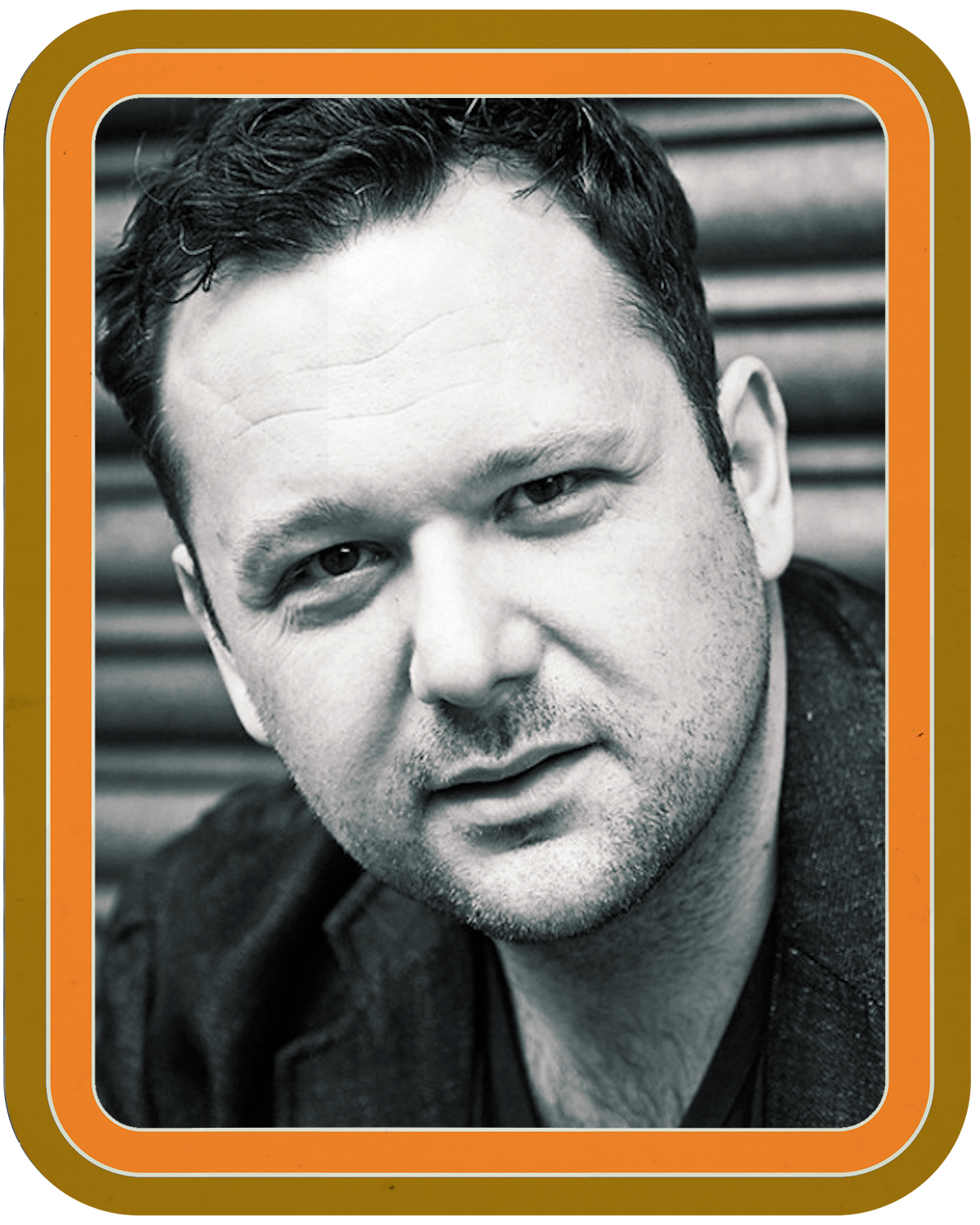 Adam has been telling stories since word go. His career began in Hong Kong in the early nineties as the first VJ on Star TV Asia, before studying writing and directing here in NYC at the School of Visual Arts. His West End debut was playing the larger than life Leigh Bowery in "Taboo", before an eight season run of his improv show "Probe" at the Soho Theatre. Adam wrote and starred in character sketch show "It's Adam and Shelley" for the BBC and is one of the UK's most in demand voice artists with thousands of credits to his name, from kids cartoons to the BBC World Service. Scrabble was always a part of Adam's life growing up, as his Nan was a demon player. He never beat her once, not even close.

The Last Word Podcast Musical was a project created during the lockdowns of 2020 and 2021. Michael Bello and I had created an embryonic stage version for the The New York Musical Festival and we thought it could be adapted for audio. It was made when theatre was shutdown. We recorded across multiple time zones and countries at a time when no one in theatre was working.  The scenes were recorded together on zoom, the songs recorded individually, then all the pieces combined in the mix to create the world of The Last Word. I thank all the Michael and the cast for their generous time. I hope you enjoy.
‍
Brett Sullivan 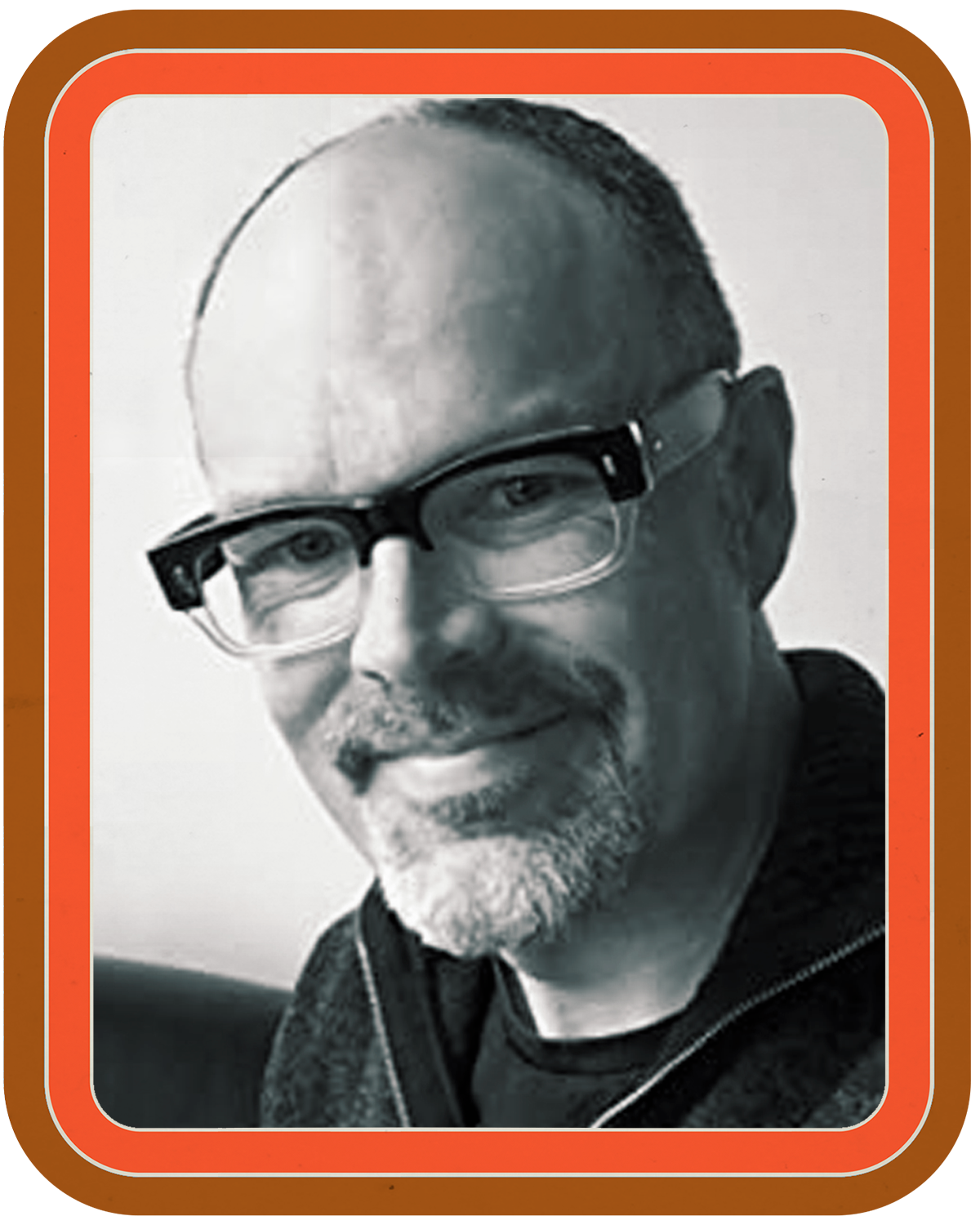 Brett Sullivan is a London based film director. He directs music videos, commercials, documentaries and concert films for some of the world’s biggest artists as well as theatrical productions in London’s West End and Broadway. He produced the live films of "Les Misérables 25th”, "Phantom of the Opera" at Royal Albert Hall, "Jesus Christ Superstar Arena Spectacular”, and directed live films of “Billy Elliot Live", "Miss Saigon”,”Newsies”, “Kinky Boots” and yet to be released “Aladdin Live in London”, “Waitress on Broadway”, “Prince of Egypt”. His PBS pinball documentary "Special When Lit", kicked off an interest in the world of Scrabble, in turn becoming his first musical - "The Last Word". Brett lives in south London with his wife and four kids. www.steammotionandsound.com 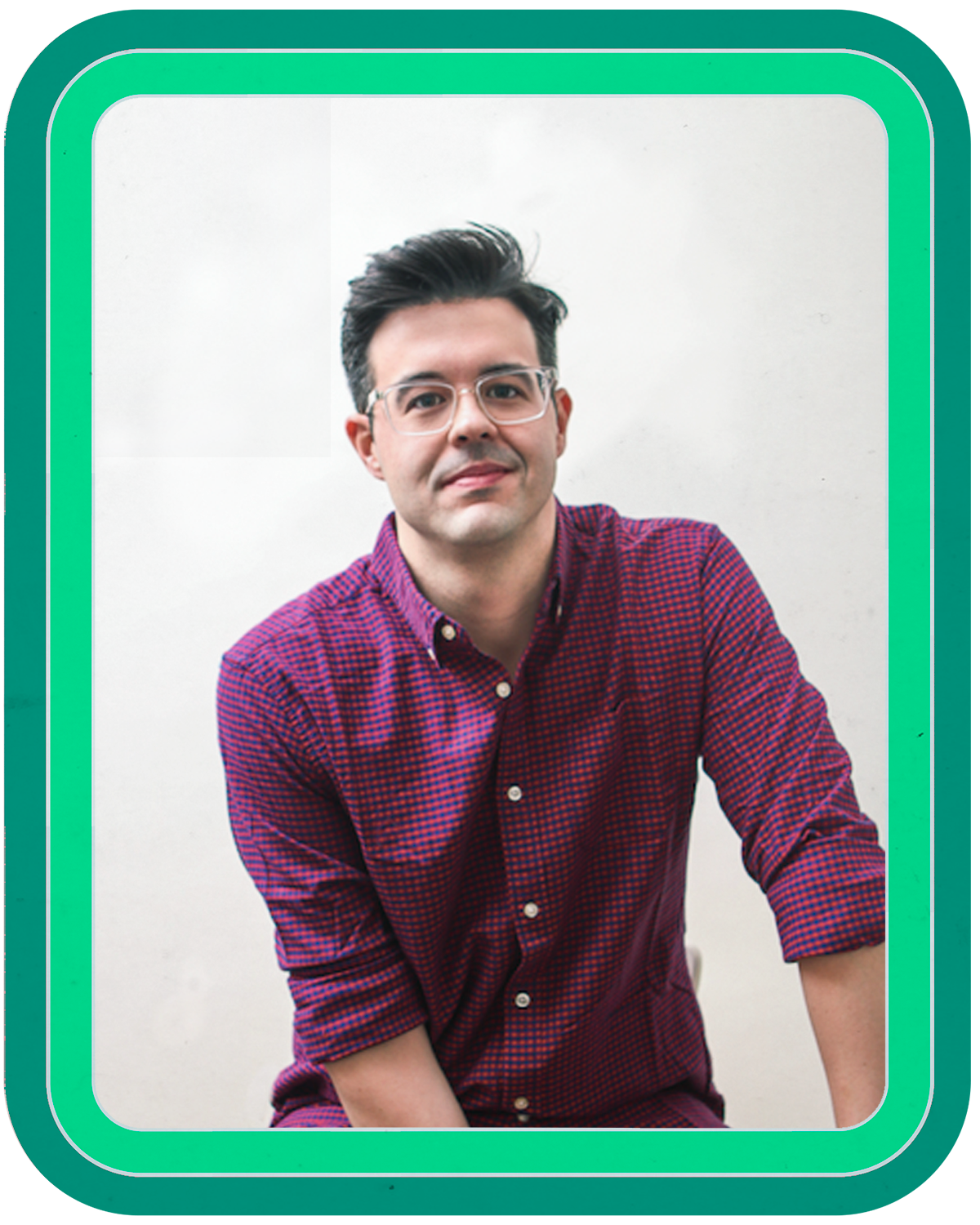 Michael Bello is a Cuban-American director of musical theatre. He was the Associate Director for Summer: The Donna Summer Musical, directed by Tony Award winner Des McAnuff, on the first national tour, La Jolla Playhouse and Broadway productions. He is currently Associate Director for Jersey Boys. He has directed new musicals across the country including We Are The Tigers' off-Broadway production at Theatre 80. His work has also been seen at the Berkshire Theatre Group, Great Hall at Cooper Union, NYMF, Bridge Rep of Boston, Joe's Pub, and Hudson Backstage Theatre and has been nominated for the IRNE Award, LA Ovation Award and the NY Innovative Theatre Award. His other Associate credits include Doctor Zhivago (dir. Des McAnuff, Broadway), A Little More Alive (dir. Sheryl Kaller, Kansas City Rep), Fly By Night (dir. Bill Fennelly, Dallas Theatre Center), Candide (dir. Mary Zimmerman, Huntington Theatre Co.) and others. BFA Emerson College. www.MichaelBello.com

Jay has been racking up bills all over East Cleveland and now Earlene, the parking lot mogul, has decided to call her debt in. She has her sights set on Paradise, the Indian restaurant that Jay’s father built.  She delivers Jay an ultimatum to pay up or he’ll lose the family restaurant.

Jay enlists Neil and Benny and goes in search of old friend Carl to start their Scrabble hustle quest to save Paradise.

Arriving in Little Rock, the gang try to convince Jay’s sister Santine - the best Scrabble player of the lot - to join them. Meanwhile, Earlene starts a cross country offensive to end the gang’s quest and secure Paradise.

The gang find success and celebrate their winnings. But they may have overestimated their final hustle despite Benny’s warnings.

With a devastating loss, Neil now faces a huge decision. The gang find themselves two days away from losing Paradise forever.

The National Scrabble Tournament is the final showdown. Will Earlene secure Paradise, or will  Jay and the gang find a way to prevail?